Glycom is a company which produces HMO’s for baby formula. In 2016, Glycom acquired the VitaLys lysine factory in Esbjerg and faced the challenge of expanding the production plant and adapt it for their needs in connection with the production of HMO’s.

A stabile and flexible plant with high traceability and a minimum of need for manual operation were the main targets for the expansion. Because of the high demands for traceability and stability the automation of the plant was one of the key criteria for a successful result.

The project was conducted according to Au2mate’s project model. Through close collaboration with Glycom, Au2mate prepared complete functional descriptions to ensure full clarification of the desired functionality in the new software.

After approval of the functional descriptions the overall process of development, configuration and internal testing of the new software commenced.

The contract was signed in October 2016, and the project was initiated immediately. The software FAT (Factory Acceptance Test) was conducted five months later and, in immediate continuation of this, the commissioning was commenced and was concluded eight months later. Final project handover took place as agreed in December 2017, just over one year after project commencement. 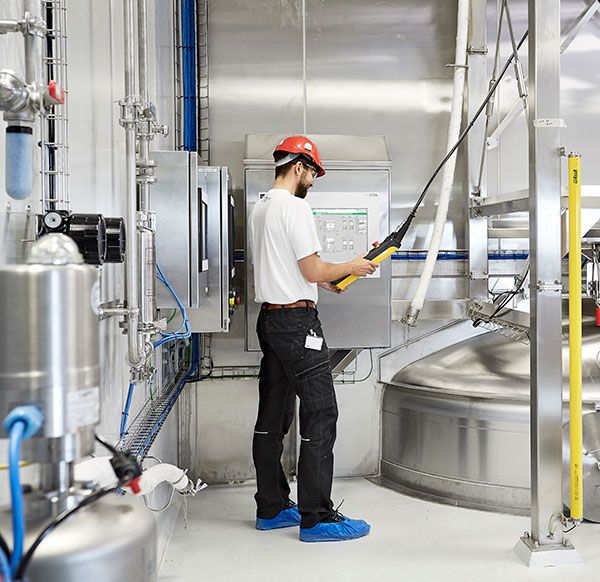